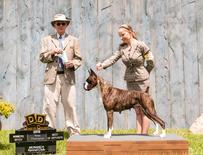 May 2016- Kitchener Waterloo KC - BunnBunn - two Best Of Opposite and Select Bitch.

*NEW GCH* - Elgin KC Show - Am. Ch. GCh. Cinnibon's Burnt Bunn finishes her GCH with Back to back BOB wins and a Group 3rd.

06/06/2015, 06/07/2015/, 06/08/2015 Erie Shores KC show - Am. Ch. Cinnibon's Burnt Bunn "BunnBunn" makes her debut in Canada and does it in style going WB, BOW & BOS over specials the first day for 3 points! Thank you to Judge Bill Sahloff for awarding my girl. The following two days BunnBunn was awarded WB, BOW for another 3 point major under Judge Dr. Johan Becerra Hernandez and last day WB for another point under Judge Dana Cline. Thank you to all the judges.

BunnBunn finished her Canadian Championship in just two weekends out! Going WB,BOS over special under Judge Don Fitzsimmons at the Monarch KC Show. She is now known as A/C Ch. Cinnibon's Burnt Bunn.

ABC Regionals week in Gettysburg PA, CAN.CH Envision Glitter In The Air wins the 12-18 month fawn class. Harlow was beautifully handled by Wendy Bettis for her class. I handled Harlow in winners and we made the final cut for WB! VERY EXCITING! Very Proud of our girl.

WE HAVE A NEW CHAMPION - AT JUST 10 MONTHS OLD CH FYRECREEK'S JUST LIKE FIRE "HENNESSY" OBTAINS HER CHAMPIONSHIP, INCLUDING MULTIPLE PUPPY GROUP WINS.

IN JUST 3 WEEKENDS OUT AS A SPECIAL!

In Novi, MI at the Oakland Kennel Club Show Can.GCh./UKC Ch. Envision Glitter In The Air, CGN "Harlow" was awarded WB for a 4 point Major under Judge Sonny Ambrosio. Harlow was owner handled to this win. Huge thank you to Sonny for finding Harlow out of 22 class bitches. 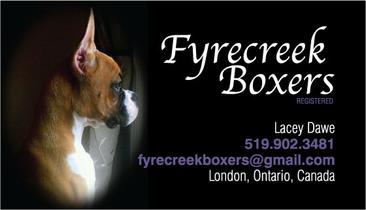 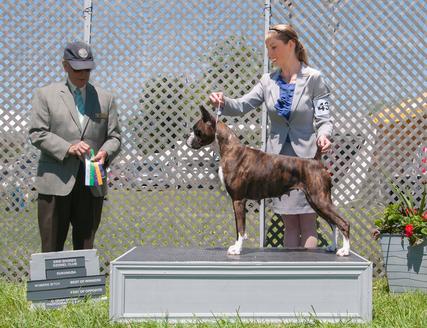 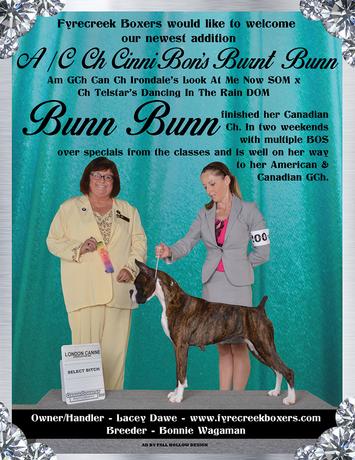 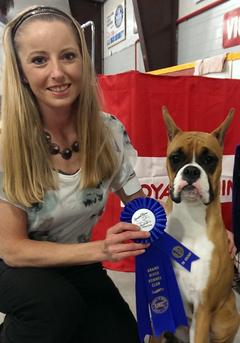 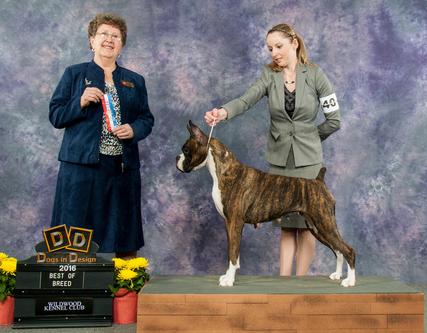 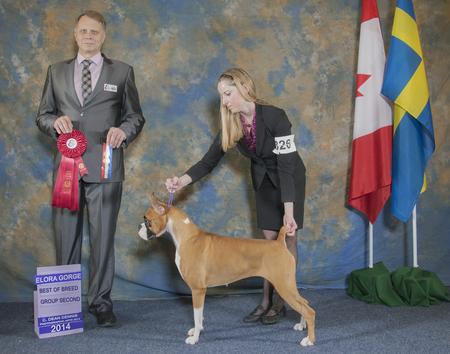 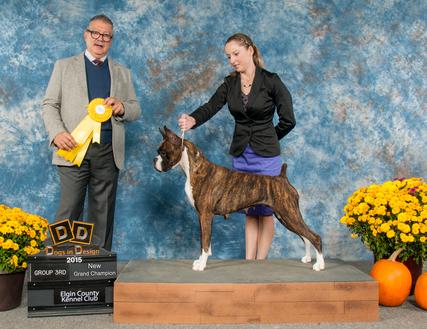 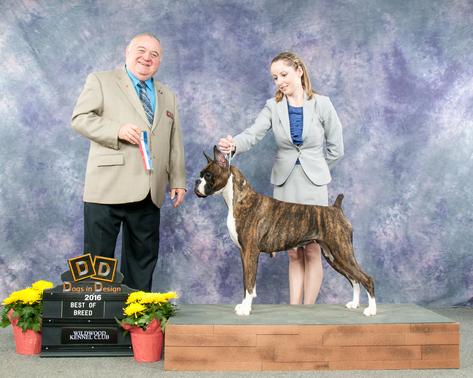 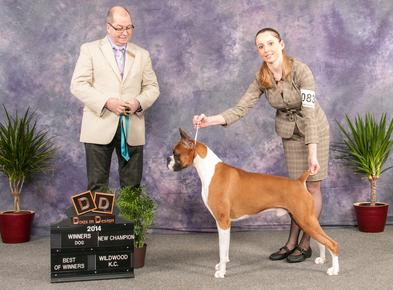 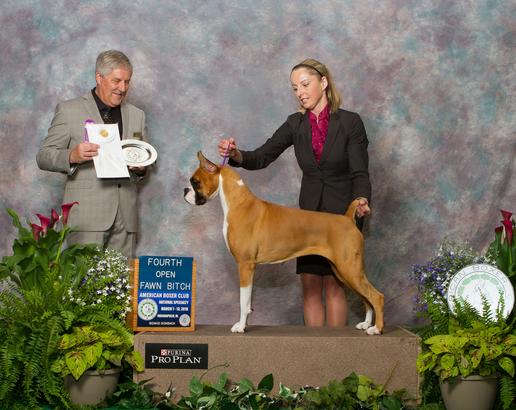 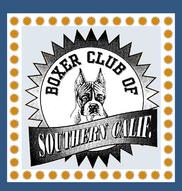 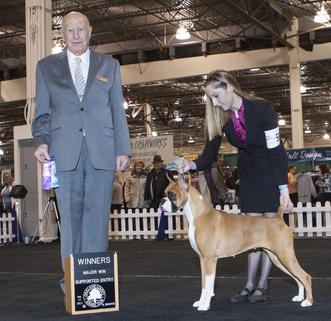 the boxer club of southern california

*NEW GCH* Am. Ch. GCh. Cinnibon's Burnt Bunn finishes her Canadian GCH her fourth weekend out as a speical. BunnBunn finished her Grand with back to back BOB and a Group 3rd. Thank you to the judges at the Elgin KC Show, Dana Cline (BOS), Rafael Otalora Robayo (BOB) and Rui Oliveria (BOB, Group 3rd). First Dual CH and GCH (Can.) for her Sire and Dam. First Can. GCH for Cinnibon Boxers. BunnBunn is the third Champion and second Grand Champion for Fyrecreek Boxers, handled for every point by Lacey Dawe.

Huge thank you to all the Judges that awarded Harlow Best Of Breed and Group placements in 2014, which led us to this wonderful achievement. Thank you all.

We are a small Purebred Registered Boxer breeder located in London ON Canada, breeding health tested Champions. Our Boxers are shown in Conformation in both Canada and the United States. We are also involved in other competitive and recreational sports like Agility, Obedience, and Hunt to name a few. Our boxers live in our house with our family and children. Fyrecreek Boxers is also home to Canada's #2 Boxer Bitch for 2014 CGH Envision Glitter In The Air, CGN "Harlow", Canada's #6 Boxer Bitch for 2015 Am. Ch. GCH Cinnibon's Burnt Bunn "BunnBunn" and Canada's #4 Boxer Puppy 2016 MBPIG GCH Fyrecreek's Just Like Fire "Hennessy".

​​Thank You for visiting our site!