*NEW CHAMPION* Ch. Trimanor's King Of The Titans, finishes his championship at the Wildwood Show  going WD and BOW at the Thank you Judge Mr. Larivier for finding my boy. 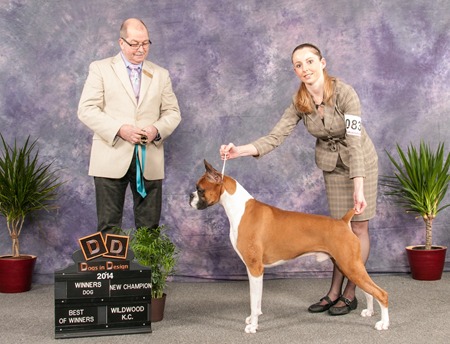 Titan at the Norfolk Kennel & Obedience Club show going, WD,BOW and BOS. Harlow is pictured here where she went WB and BPIB. 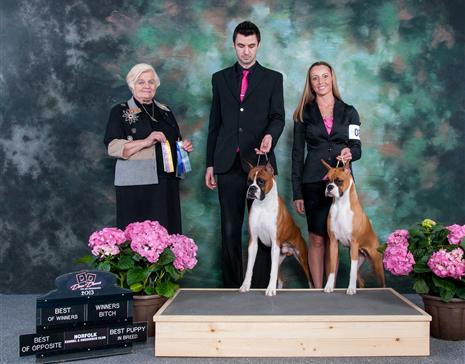 Ch Trimanor's King Of The Titans

Ch Trimanor's King Of The Titans

In the summer of 2011 we decided to add a boxer to our family. I was very excited and interested in showing. We purchased Titan to start my journey in the show world.

Titan has a wonderful temperament and is such a blessing to our family and children. He quickly passed through obedience classes and by the time he was 12 months old he passed his advance obedience class.

Titan finished his Canadian Championship in Feb. 2014 at the Wildwood Kennel Club Show, were he went WD, BOW.

| Titan is pictured to the right at the age of 13 months old going Winners Dog and Best Of Opposite at the Monarch Kennel and Obedience Club in July, 2012 | 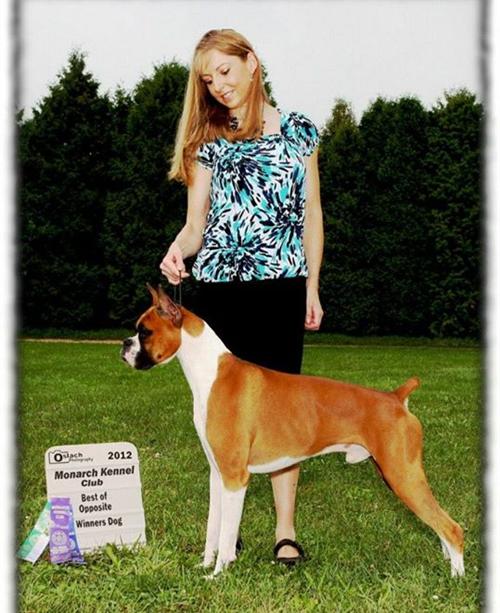