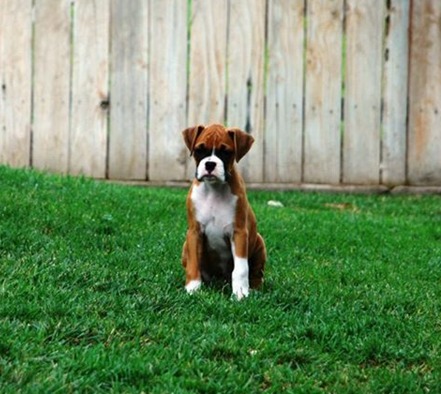 |AD BY DESIGNED BY JULIE HIGGINS|

CAN CH Envision Glitter In The Air, at the ABC Regionals in Gettysburg PA. Harlow won the 12-18 month Fawn Bitch class under Judge Linda Carnaby. This was a very large class, Harlow was handled by Wendy Bettis to her win and handled by myself in winners where we got pulled out third. 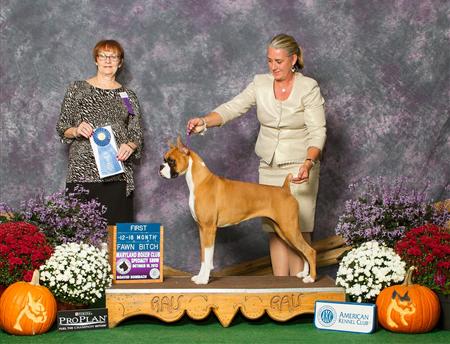 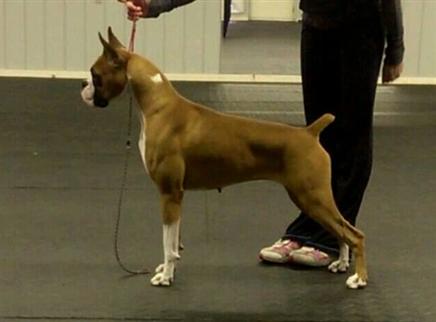 ​Harlow is pictured above at the Vantura shows this past July in CA, winning the large 12-18 month Fawn Bitch Class, under Judge Bill Shelton. She was beautifully handled by team Bettis to her win. 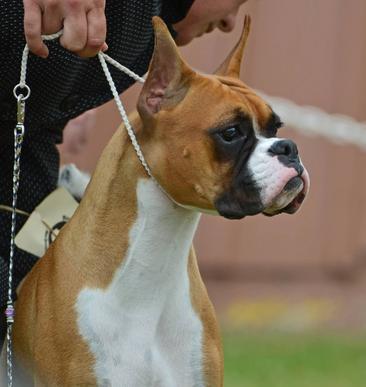 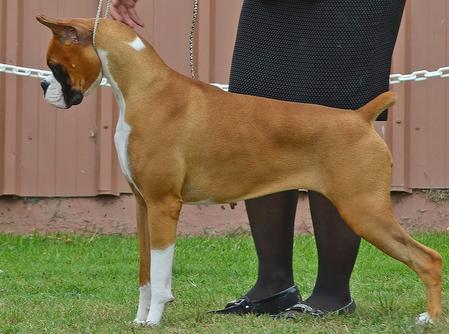 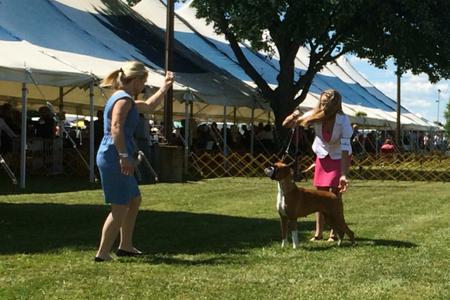 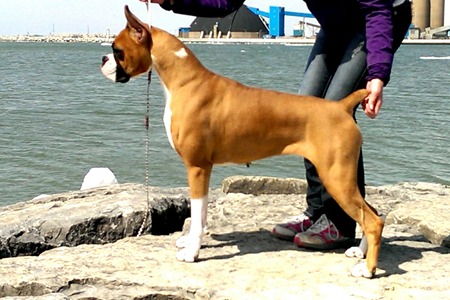 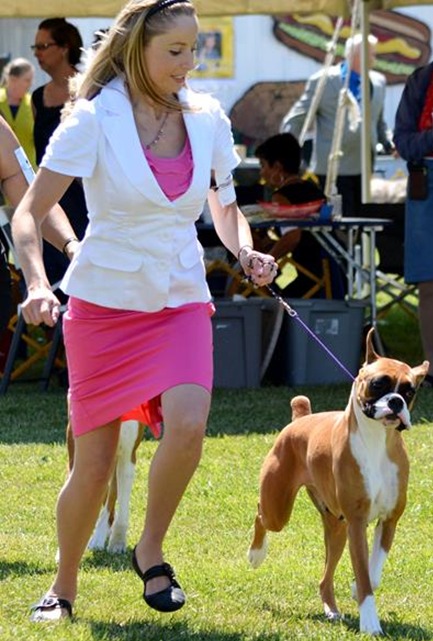 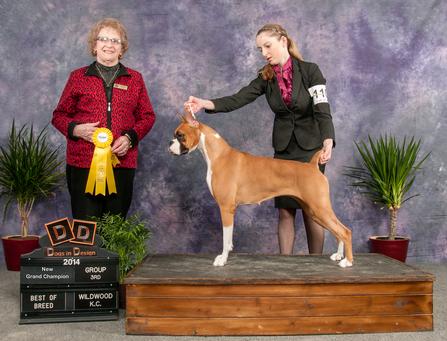 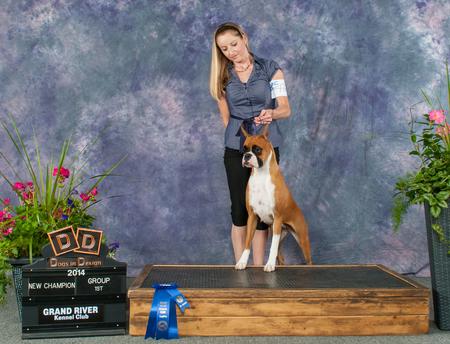 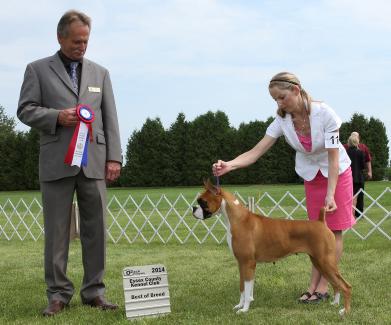 GCh. Envision Glitter In The Air, CGN at the Kitchener Kennel Club Show, Boxer Club Of Western Ontario Boxer Club Booster, Harlow was awarded BOB and a Group 4th! Thank you so very much Judge Gerry Taylor for these wins. 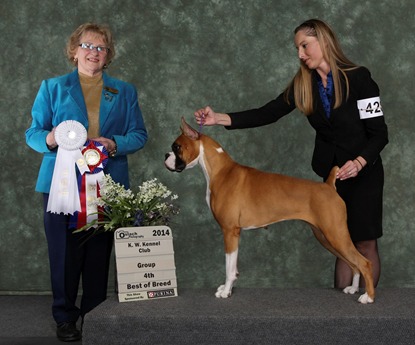 What an exciting adventure it has been for Harlow in her show career. I started showing Harlow owner handled when she was 7.5 months old. In her puppy classes I showed Harlow to 11 BPIB, 9 RWB and 2 WB.

In May, 2013 we traveled to Indianapolis, where Harlow was beautifully shown by Wendy Bettis in Futurity where she placed 3rd in the 9-12 Fawn bitch class (the largest class), under Judge Wendy Morawski. In her regular class 9-12 month Fawn bitch (again, largest class) under Judge Alberto Berrios she was awarded 4th, again shown beautifully by Wendy Bettis to her win.

In October 2013, we traveled to the American Boxer Club Regionals in Gettysburg, PA. Harlow won her class (12-18 month Fawn bitch) shown by Wendy Bettis to her win. I owner handled Harlow in winners, we were pulled out third in WB, WOW! how exciting that was!

Harlow  finished 2014 #2 Boxer Bitch in Canada and #9 Boxer in Canada. Harlow has multiple Best Of Breeds wins and Group placements in Canada. She currently has 6 points towards her American Championship including a 4 point Major owner handled. Look for GCh. Envision Glitter In The Air, CGN "Harlow" and I in the show ring in both Canada and the U.S. again in 2015. 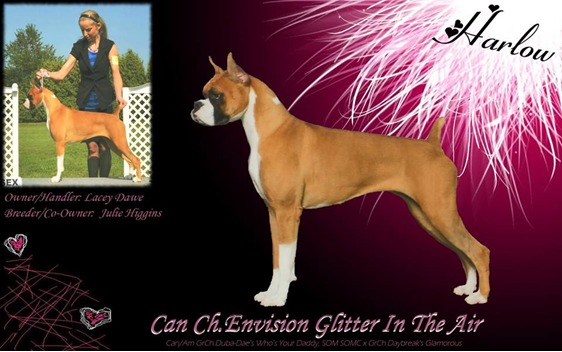 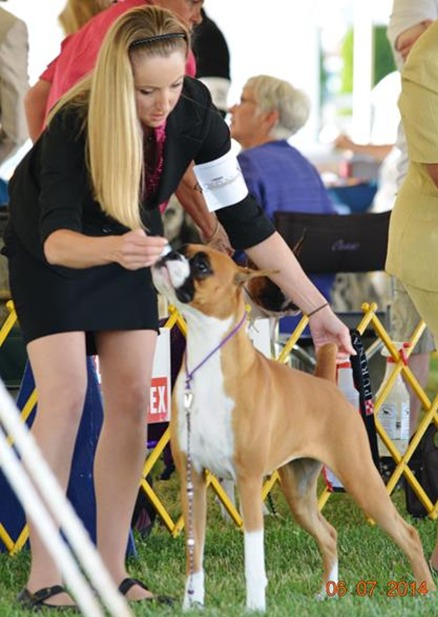 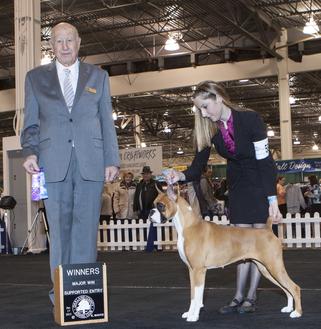 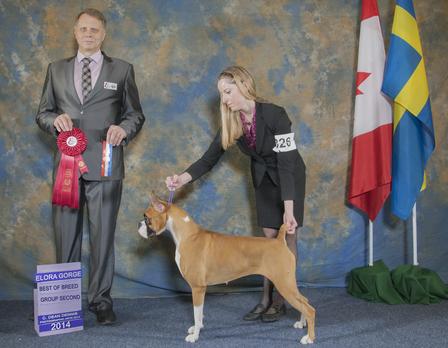 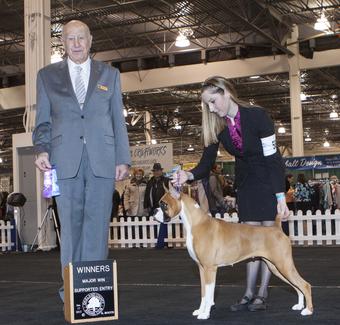